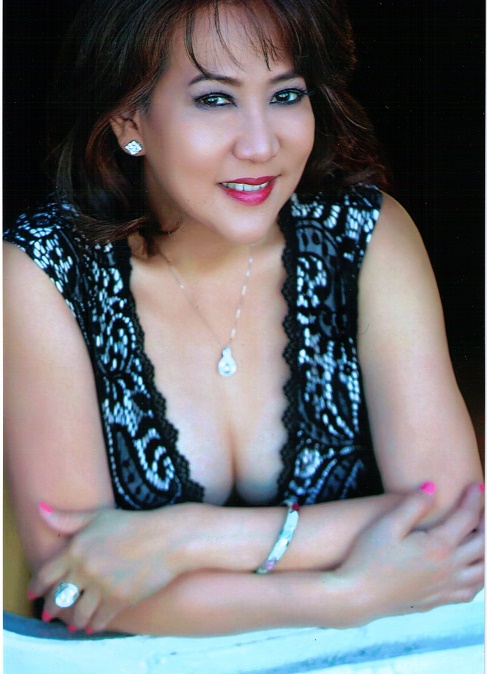 "HERE IS WHERE WE MEET": FILAm Singer Heidi Tann's Debut Album Is a Dream Come True

LOS ANGELES - This month, a FilAm Singer from Los Angeles, CA, released her debut album, " Here is Where We Meet". The record is a four-track compilation of new music in the smooth jazz genre, produced by Grammy and Emmy nominated record producer, songwriter, musical director, and music arranger, Rex Salas. Most of the songs were co-written by Heidi herself, collaborating with songwriters Rex Salas, Gary Ford, and Vashon Johnson.

Have you ever had a childhood dream come true? "Here is Where We Meet" is just that for Heidi. Born and raised in the Philippines, Heidi discovered her musical gift and the joy of entertaining at a young age. As she developed her voice and craft over the years, she has set her sights on releasing an album that reflects her musical style- smooth and pop-jazz, with a mix of Bossanova and Latin jazz, plus R & B.

Heidi is no stranger to performing to international venues. After completing her Bachelor's degree from Manila at the age of 22, she immediately chased her dream, embarking on solo gigs throughout Asia. This path saw her performing in music venues in Japan, Hongkong, Malaysia, Singapore, Indonesia, and Guam.

What makes Heidi different? "My cultural heritage and experience. Even when I sing these songs in my chosen genre, my FilAm roots are palpable in my delivery and the feel and tone of my songs. The sum total of my experience enables me to bring depth to the songs I perform."

Each of the four songs in" Here Is Where We Meet" - "Missing You", "When Love Is On The Line", Love Is For Real", and " You Give Me Everything I Need" - has a distinctly jazzy feel that evokes different moods.

Heidi is inviting everyone in Los Angeles Area to her upcoming album launch and performance party, June 29, at the PCH Club, in Long Beach. She promises an evening of memorable entertainment with an 80s themed party following shortly after the performance. Tickets via Eventbrite.

Heidi Tann is a Filipina American singer-songwriter who sings with ease. This can be felt in her stirring renditions of soulful and moving ballads. Her repertoire is vast; befitting a singer with such versatility as hers-- from pop, R&B, pop-jazz, standards, disco, Bossa nova, and even Broadway themes.
Her interest in music started since childhood where she would compete in local singing contests, sometimes in secret, and would go home bagging the plum prize. Even then, her taste of music was already leaning towards jazz, with songs of Sergio Mendes, Anita Baker, Toni Braxton, Patti Austin, Barbra Streisand and Natalie Cole leading her preferences. Heidi easily captivates her audience with her authentic delivery.  She also boasts of having a comprehensive range of vocal interpretations.

Heidi is not a stranger to national television in Manila. She performed in TV programs like “Eat Bulaga,” Ryan Musikahan, Nightcap and many more, in the 90s.

Venturing outside of Manila, Heidi has performed in luxury hotels throughout the Asia Pacific.

Her first show in the US was with Richard Merk, Cesar Montano, and Sunshine Cruz for the Fil-Am Lions Club. For a while, she also embarked on a series of concerts in Guam. As a film artist, she has also performed in shows at the Hollywood Celebrity Center with Mon David, Giji Kocher, Ivy Violan, Lirio Vital & Terrence Panganiban, and more. She was also one of the lead artists for the "Power of Four" concert at Noypitz Glendale, CA, where she shared top billing with Ivy Violan, Jo Awayan, Djhoanna Garcia in March of 2014.

As a producer, she staged several concerts last year for the Santa Maria band and herself.

Her first album will be launched in June 2019, with Grammy and Emmy-nominated musical director and record producer, Rex Salas.  Check out the Event on this page for details.